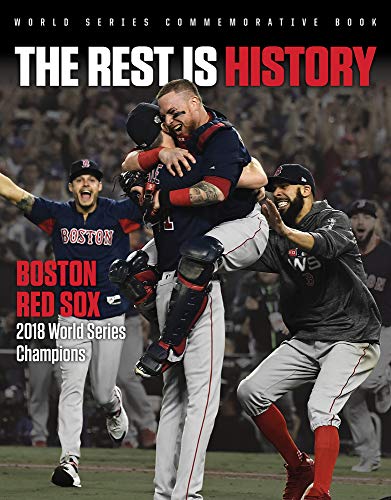 After a productive off-season highlighted by adding new manager Alex Cora and slugger J.D. Martinez, the Boston Red Sox had high expectations for the 2018 campaign. They met those lofty goals in dominant fashion by winning the 2018 World Series, the first for the organization since 2013 and amazingly, their fourth title since ending the 86 year drought in 2004. During the regular season they ran away with the American League East, winning the division by eight games and setting a franchise record with 108 wins. Anchored by a powerhouse offense led by MVP candidate Mookie Betts, and boosted by the mid-season acquisition of hurler Nathan Eovaldi, this historic team would not be denied on their way to the title.

Packed with expert analysis and vivid color photography, The Rest is History guides fans through Boston’s 2018 journey, from the record-setting regular season, to the quick dispatching of the hated Yankees in the ALDS; from their amazing four straight wins over the defending champion Astros in the ALCS, all the way through their World Series triumph over the Dodgers. This commemorative edition also includes feature stories on stars Betts, Chris Sale, Andrew Benintendi, and other fan favorites, and is a must-have keepsake for Red Sox fans for generations to come.